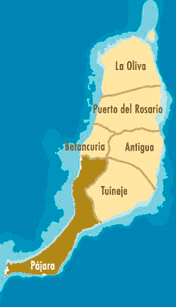 The Municipality
The municipality of Pajara, has a surface area of more than 380 km2, and covers 23 per cent of the island’s total area.
Its orography is divided into two very distinctive areas: on the one hand, the north coast, the basal complex where we find the towns at Pajara, Toto and Cordon; and on the other, in the south the unique Peninsula of Jandia, which we get to through the largest extension of sand and dunes in all of the Canary lslands archipelago.
The entry point to the peninsula is the narrowest part of the island, where only 5 km separates the coasts of Barlovento and Sotavento.
More to the south we find wild landscapes of old vulcanisms with a complex orography, where the Pico de la Zarza sticks out, which at 807 metres is the highest point in Fuerteventura. This morphology, result of strong erosions, ends on a 150 kilometre coast, 70 of mainly virgin beaches. 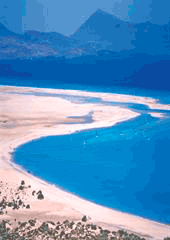 Sun and Beaches
In this small corner of the planet, Pajara shows itself to the word to offer those
that visit it its most prized asset: the world renowned Jandia Beaches. A haven
of peace and tranquility where you can combine a traditional holiday experience with a large list of complementary Water sports such as surfing, windsurfing, kitesurfing, sports or leisure fishing, trekking, horseriding and all types at excursions, designed to satisfy personal concerns... all this, on the most spectacular beaches of Europe.
The Beaches of Jandia are environmental surroundings prized by nature, where 70 km of coast are home to vast motley of beaches, with a common denominator of unequal beauty. This combination of natural and landscape wealth, added to a privileged climate that governs the island, is what has converted jandia Beaches into a lirst class tourist destination. 365 days to enjoy the sun, sea and virgin nature throughout the year thanks to average temperatures, which are a result of the influence of the cold current at the Canary Islands and the trade winds, and vary between 209C and 259C.
The main differences between the Sotavento coast (sheltered and with a calm sea], and the Barlovento coast (open to the Atlantic and with rough seas), are the basic starting point to bring the visitor closer to knowing about and understanding the Jandia Beaches.

Leisure and complementary offer
Diving: The seabeds at Paiara are a paradise for the lovers of underwater life. lts clear waters, with maximum luminosity, invite you to dive in one of the most privileged areas in the world by scuba diving. The network of diving schools of Pajara has first class professionals together with the most modern equipment,
such as the only hyperbaric camera on the island.
The water temperature, which varies between 17 and 22 degrees, the richness of flora and fauna in its seabeds and the clearness of its waters, with a visibility of up to 30 m, make underwater exploration in the municipality a delight for professionals and amateurs.
Windsurf & Kiteboarding: You find some of the best centres in the world for Windsurfing and Kiteboarding on the beaches of Pajara. This is why for the past 26 years, the World Windsurfing Championship of Fuerteventura is held here (and during the last few years also that of Kiteboarding), turning it into one of the most important trials on the world circuit and the first in Europe. Each year, the best competitors in the world meet up on Sotavento beach where sport and fun link to the delight of all the fans that come to see the event. The companies dedicated to these sports are recognized throughout the world and are represented by qualified professionals to practice and teach windsurfing and kiteboarding in the best environment.
Surfing: lf Sotavento is the perfect spot to practice Windsurfing and Kiteboarding, the area at Barlovento has the best conditions to enjoy surfing, thanks to its large waves and Atlantic currents. The beaches of Garcey, la Pared and Del Viejo Rey have become a sanctuary tor tans of this sport. The specialist schools alter the possibility of living this unique experience of riding the waves at all levels.
Trekking: Over the last few years, walking round the municipality on toot, either on the coast or the interior, has become one at the most common practices among tourists and visitors, because of ideal trails, together with its climatic conditions and spectacular scenery Pajara is home to trails at great beauty, the majority at the GR (Grand Tour which crosses the island from the north to south and the wide range at paths of the smaller route that reach all the hidden corners in the municipality.
Adventure: Mountain Bikes, Buggies, Quads, horse-riding and endless activities for all types of tastes and ages complement the range at leisure activities in the municipality. A simply exceptional complementary otter. There is also the possibility at enjoying a marvelous day on the sea thanks to the wide range of sea-faring excursions available at various points in the municipality.

Culture and traditions
OUTSTANDING WORKS OF ART AND NATURAL MONUMENTS
The parish church of Nuestra Señora de Regla, in Pajara, built between the 17th and 18th centuries, is one at the greatest monumental attractions on the island. Its beautiful portico with decorative Aztec motils provides a historical and cultural attraction at great value.
The municipality has vast protected areas due to their ethnological, geological and landscape richness and the importance of their biodiversity.
Cardén Mountain. Of great value as it has important traces of Fuerteventura‘s indigenous setllers, which seem to match the mountains’ religious character.
Ajuy Natural Monument. According to geologists it is the oldest place in the Canary Islands archipelago, and therefore the lirst area that came to the surface as a result at the volcanic eruptions that originated the birth of the islands. The study of the quartz sands and the seabeds give it an antiquity of more than 100 million years, corresponding to the Cretaceous era and Fossil remains have been found at fauna that is now extinct.
Saladar de Jandia. Declared an Area at Scientific Interest because it preserves different halophilic species, such as matos, brusquilla and sea uvilla. This area requires unique protection as it is situated in an area at very visited beaches.

Gastronomy .
The gastronomic wealth of Pajara, present in all villages whether on the coast or in the interior, transmits the idea of tradition and culture through taste. The restaurants are supplied with produce that the sea and land have altered for hundreds of years to its inhabitants. Villages at shepherds such as Cotete, or those at fishermen such as Morro Jable, La Lajita, el Puertito de la Cruz and Ajuy, are the place from which since time immemorial, the settlers at the municipality would fill their kitchens with delicacies that nature in the territory offered. Restaurants with beautiful views to the sea or countryside, make the pleasure at a meal into a moment at daily recreation and relaxation.

Events and Congresses
The municipality´s natural conditions and the proliferation of several tourist areas offer lirst class hotels, invite conventions and events to be held in dream surroundings. 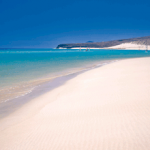 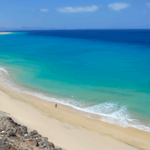 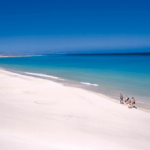 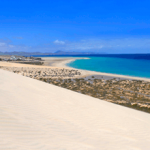 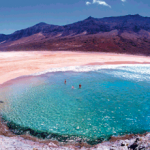 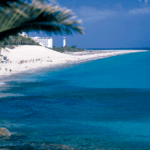 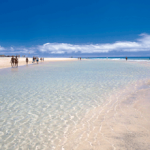 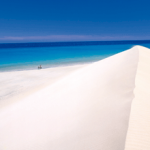 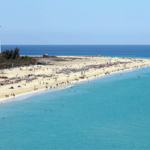 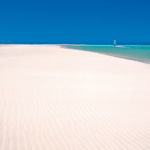